Multiple sclerosis (MS) is a demyelinating autoimmune disease targeting brain tissues. Self-reactive T lymphocytes recognizing brain-associated antigens play a major role in MS pathogenesis. Standard treatment of MS patients is based on nonspecific (nonselective) immunosuppressants/immunomodulators, such as hormones, interferons and others, which are in fact incapable of interrupting immunopathological mechanisms underlying disease development, while being frequently associated with serious side effects.

Our innovative autologous lymphocyte vaccination exploits naturally occurring immunoregulatory mechanisms to achieve a selective inactivation of pathogenic autoreactive lymphocytes in MS patients. We performed a pilot clinical study, which enrolled a total of 32 patients with remittent MS. As shown in Figures 1 and 2, T-cell vaccination dramatically reduced exacerbation rates and significantly improved the neurological status of MS patients over a two-year follow-up period (P <0.05).

Figure 1. Exacerbation rates observed in patients (n=32) with remittent multiple sclerosis before and after immunotherapy. 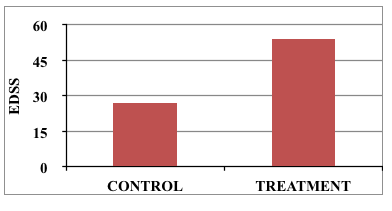 Figure 2. Neurological status of patients (n=32) with remittent multiple sclerosis before and at a two-year follow-up after immunotherapy onset.

Disease stabilization and/or neurological improvements were documented in 29/32 (~90%) patients from the treatment group, while disease progression was observed only in 3/32 (~10%) patients.

A total of 39 patients with progressive secondary (chronic) MS were enrolled in another clinical trial. No disease progression was observed in 21/39 vaccine-treated patients (53.8%), compared with 6/22 (27%) control patients during a two-year follow-up (Figure 3). Neurological improvements were detected in 5 vaccinated patients, compared with none in the control group. 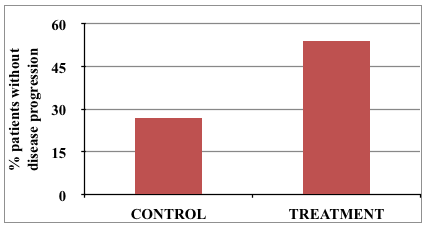 Figure 3. Percent of chronic MS patients with no signs of disease progression over a two-year follow-up in treatment and control groups.

Overall, our clinical data suggests that central nervous system of MS patients retains certain regenerative potential that can be activated when disease progression is stopped by our innovative immunotherapeutic technology. We also conclude that autologous T-cell vaccination could be clinically effective in early and advanced stages of the disease.

Any other questions? Write to us